Health and nutrition are complex subjects. Food and health fashions, fads and crazes make the process of discovering what works for us as individuals even harder.

We want to help make things a little clearer, so we fund independent studies, run by academics at local universities to test the real impact of using Human Food as part of your diet. These studies also help us understand our recipes better, and play a big role in deciding where to take things next. 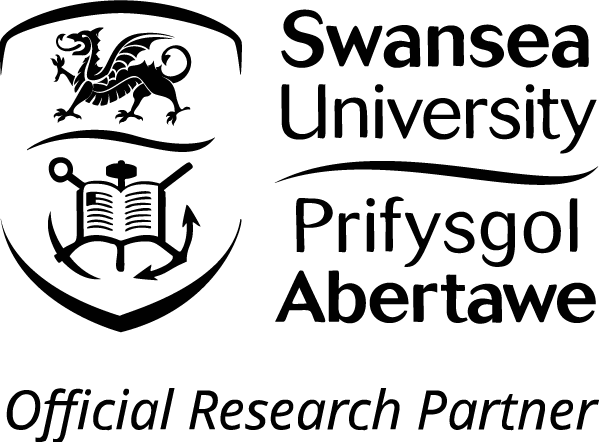 Participants visited the laboratory on 4 separate occasions within a 10 week period. Participants ingested a test bar – one of 3 varieties of Human Food bar – or a control meal containing matched carbohydrate, with 250 ml water, delivered in a randomised, double blind fashion and consumed within a 5-minute period. Blood samples, measures of satiety using the McKinley Scale and decision making via the Stroop Colour Word Test were then taken at 15, 30, 45, 60, 90 and 120 mins. Participants remained seated for the entire observation period.

In reaction tests, all bars produced a greater number of completed responses, as well as more accurate and faster responses compared with the control, over the entire observation period. For the Green Bar in all tests and for the Red Bar in 2 out of 4 tests, the data spread was too broad to be considered statistically significant. The Yellow Bar demonstrated statistically significant improvements in all tests, with an average improvement in reaction time of over 10%.

Read the full study below:

Ten subjects (n=10) were recruited from the local University population. Inclusion of both sexes.

Participants attended the laboratory on four occasions, sessions were held twice a week over a period of 8-10 weeks. Each participant took part in 3 trials on different Human FoodTM bars and one trial of carbohydrate-matched control (dextrose), in randomised, double-blind control trial.

Participants were asked to avoid strenuous activity for 48 hours before attendance at each laboratory visit and avoid food for 10 hours before attending the laboratory. On arrival to the laboratory fasted, participants were seated for 15 min whilst informed consent and pre-medical questionnaires were completed. Following this, anthropometric characteristics (height and weight) were recorded.

Participants were then re-seated and 10 minutes later a resting finger capillary blood sample was taken and analysed immediately for blood glucose and lactate (EKF Biosen, C-line metabolic analyser). Next, and in a randomised fashion, participants ingested the test bar or dextrose meal containing either matched available carbohydrate (22 g CHO) with 250 ml of water or equivalent amounts of dextrose with 250 ml water. All foodstuffs were consumed within a 5-minute period. Blood samples were taken at rest, and at 15, 30, 45, 60, 90, 120 min following ingestion. Measures of satiety using the McKinley Scale and decision making, via the Stroop Colour Word Test was also taken at these time-points. Participants remained seated for the post-ingestion period. Hypoglycaemia was defined against American Diabetes Association criteria of BG≤3.9 mmol/l.

Statistical analysis was carried out using Excel (Microsoft Office), with significance set at P≤0·05. Data were tested for normal distribution (Shapiro – Wilk test) and subsequently analysed using one way or repeated-measures ANOVA on two factors (treatment and time) with Bonferroni adjustment and dependent t-tests being carried out where relevant. Data are reported as means with their standard deviation.

The glycaemic responses to food bars and reference meal are reported in Figure 1. 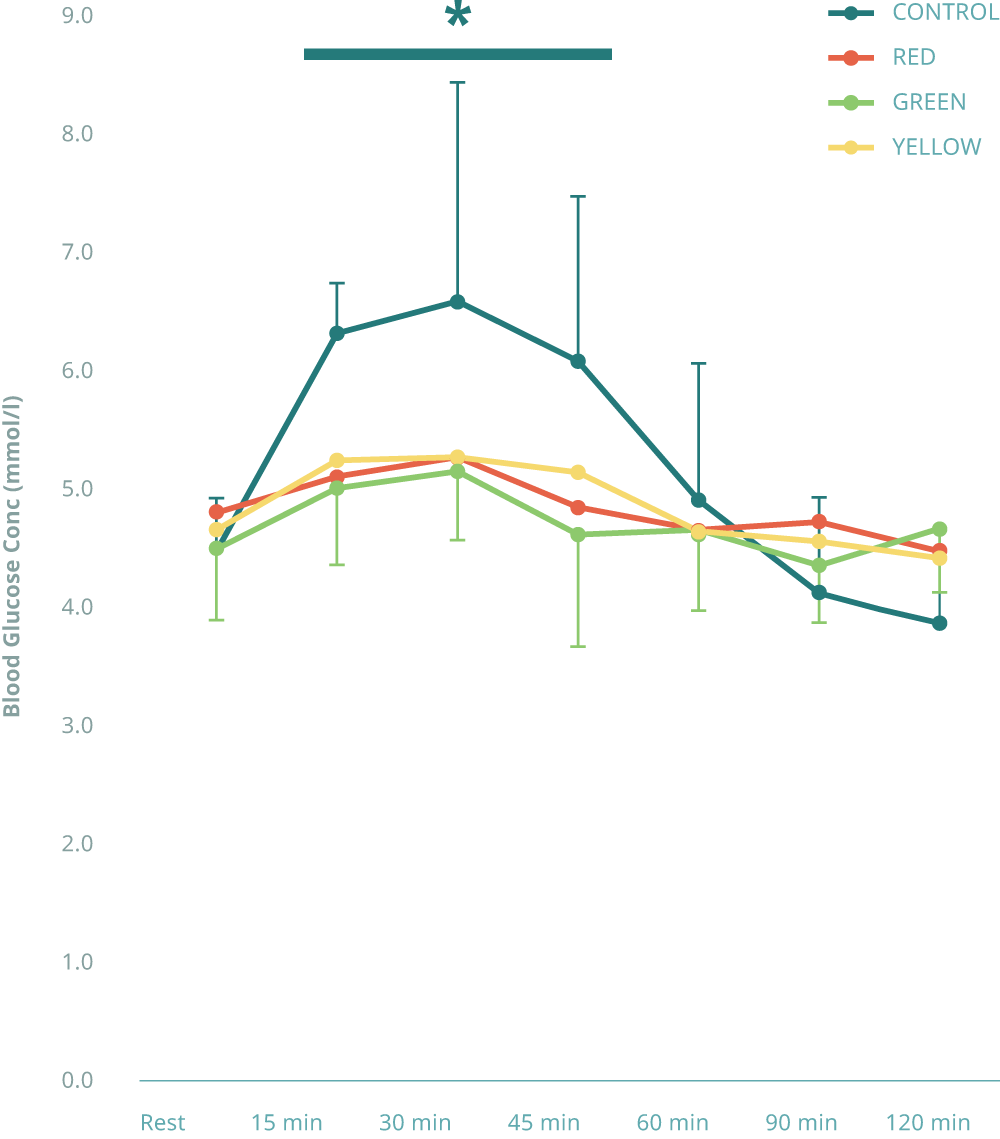 The blood lactate concentration responses to ingestion of food bars and reference meal are reported in Figure 2.

Fasting blood lactate concentrations were similar between the reference meal and all bar conditions. 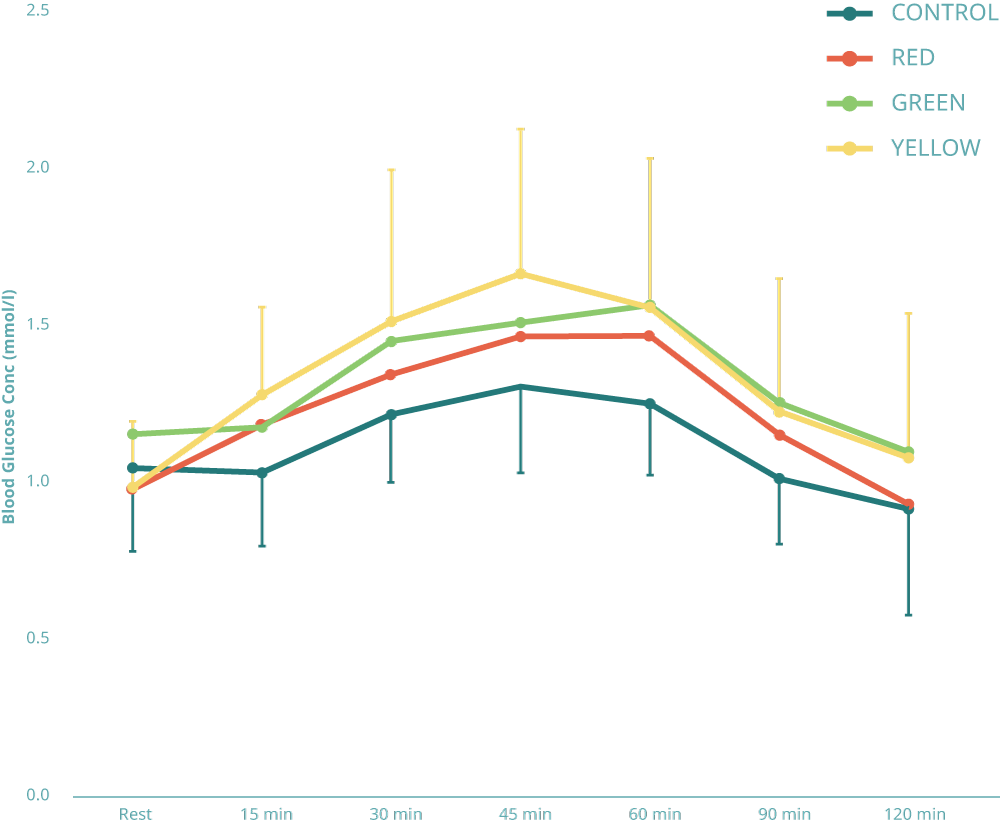 Figure 2. Blood lactate concentration at rest and following ingestion of food bars and reference meal over a 2-hour period (means±SD, n=10). * indicates significant difference between CON and all bar varieties at indicated timepoints (P<0.05) Within trial differences not indicated for clarity.

The perception of hunger responses to food bars and reference meal are reported in Figure 3. 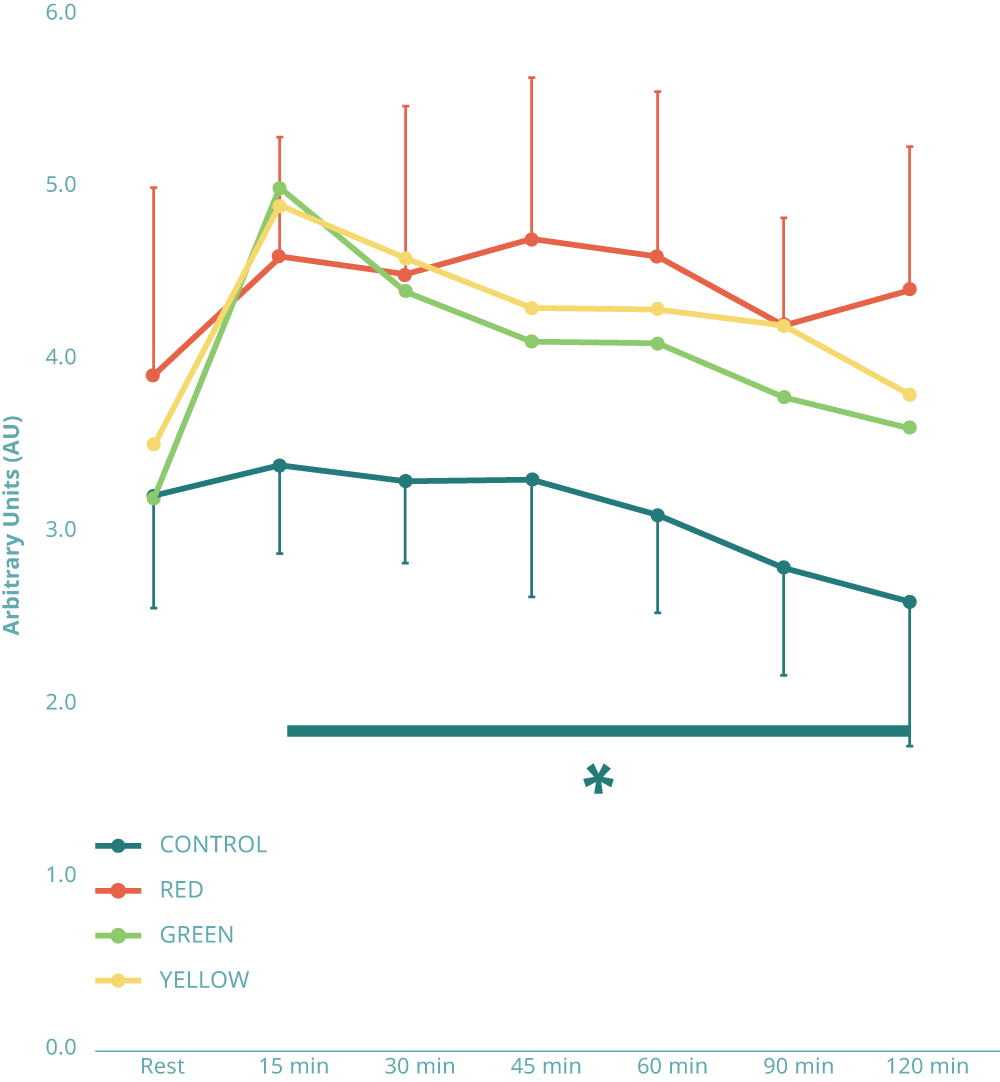 Figure 3. Perception of Hunger responses to ingestion of food bars and reference meal over a 2-hour period (means ± SD, n=10). * indicates significant difference between CON and all bar varieties at indicated timepoints (P<0.05) Within trial differences not indicated for clarity.

The responses to Stroop Colour Word Test are reported in Table 2.

The number of correct responses measured at 2 h was similar in all trials, however, YELLOW displayed a greater value compared to dextrose trial (CON 69±11 YELLOW 75±8, P=0.048, Table 2.).

Foods with a low glycaemic response have significant health benefits because from a public perspective, a lower glycaemic response is related to greater feelings of satiety and fullness which prevents the need to eat additional foodstuffs and may aid in weight loss. Low glycaemic index (GI) foods are correlated to a lower insulin demand and may improve long-term blood glucose control and blood lipids for those at risk of developing or already with diabetes. Additionally, knowledge of the GI of a food may help maintain good glucose control and avoid hypoglycaemic incidents. The lower (but not absent) occurrences of clinical hypoglycaemia under the bar ingestion trials compared to dextrose is a positive finding.

It must be stated that we did not determine the glycaemic index of the Human FoodTM bars in this experiment as to do so would require larger amounts of dextrose and necessitate consumption of ~4 bars to match carbohydrate intake. This project sought to determine the glycemic impact of a typical serving size.

Effect of GI on Pre-Diabetes and Diabetes

A long-term (1 year) multicentre, randomised control trial compared the potential of an alteration in the source of carbohydrate with the effect of reducing the amount of carbohydrate on glycosylated haemoglobin and secondary endpoints such as blood glucose, lipids and CRP in 162 patients with T2DM managed with diet alone. There were sustained reductions in post-prandial glucose and CRP in the low-GI diet group compared to high GI or low carbohydrate content groups. In the low GI group after the 1 year intervention, 2-h post-OGTT glucose concentrations were ~1 mmol.l-1 lower than those seen in the other two diets – a difference that, in prospective studies represents a 6-15% reduction in cardiovascular events (Coutinho et al., 1999; Meigs et al., 2002). Additionally, the results demonstrated improved CRP concentrations, insulin sensitivity and β-cell function in the low GI diet group. Therefore, these results demonstrate that a low GI diet might be an option for dietary management of T2DM.

The raised lactate concentrations in all bar trials compared with dextrose demonstrate the potentially higher fructose levels contained in fruit. The concentrations are low and are similar across all three bar varieties. Low values like this, which are just above resting levels, are an indication that metabolism was being provoked to marginally elevated lactate concentrations. After an hour to an hour and a half, the lactate was starting to disappear, landing at values that are indistinct from resting values.

The mean and 2 hour fullness response were greater under all bar conditions compared with the dextrose condition, however we must be cautious here as the total energy load was different in the bars compared with just dextrose powder. There was however, a significant difference found between the RED and GREEN bars (P=0.048) for mean fullness response and between the RED and both GREEN (P=0.022) and YELLOW (P=0.005) bars, respectively for 2 hour fullness.

There is evidence obtained from systematic scientific literature reviews to demonstrate substantiation of the health claim ‘low-GI foods help one feel fuller for longer than equivalent high-GI foods’, as short-term satiety is improved after consumption of low GI compared to high GI foods (Bornet et al., 2007). However, due to the growing number of confounding variables in longer-term studies it is difficult to demonstrate a satietogenic effect on low GI foods.

All 3 bars demonstrated higher mean values for the number of responses at resting, at 2 hours and over the 2 hour time period. However, only the Yellow bar demonstrated a statistically significant improvement compared with the control at 2 hours.

Reaction tests have the ability to measure the overall effect of the tested product on recognition, reaction and movement time. YELLOW (and to a lesser consistent extent RED) bars aided faster decision-making, reaction/movement time compared with the control condition. Curcumin (400 mg Turmeric) has been shown to significantly improve performance on sustained attention and working memory tasks, compared with the placebo. Working memory and mood (general fatigue and change in state calmness, contentedness, and fatigue induced by psychological stress) were significantly better following chronic treatment. A significant acute-on-chronic treatment effect on alertness and contentedness was also observed. (Cox, K.H.; Pipingas, A.; Scholey, A.B. .J. Psychopharmacol.2015,29, 642–651.). A randomized, double-blind, placebo-controlled, study of the effects of Goji juice revealed 14 days consumption daily improved mental acuity, (Amagase and Nance (2008) J Alternative Complementary Medicine., 14 (4), 403-12 May 2008) however, it is not clear from the literature if an acute supplement can carry over the same effect.

In conclusion, the aim of this pilot study was to determine the magnitude of changes in blood glucose, sati-ety scores, and decision making over a 2 hour period following ingestion of all Human FoodTM bar range (3 varieties) compared to matched amount of dextrose in healthy individuals. The results reveal a low glycaemic response in all three bars, with RED bars displaying a higher mean fullness response than the GREEN bar. At 2 h, the RED bar displayed a higher fullness than both the GREEN (P=0.022) and YELLOW (P=0.005) bars, respectively.

All bars showed an initial rise in perceived fullness that was sustained throughout the whole two hour observation period. The combination of a low, blood glucose response combined with sustained satiety is conducive to maintaining a healthy balanced diet that's proportional in calories to the needs of the body.

In reaction tests, all bars produced a greater number of completed responses, as well as more accurate and faster responses compared with the control, over the entire observation period. For the Green Bar in all tests and for the Red Bar in 2 out of 4 tests, the data spread was too broad to be considered statistically significant. The Yellow Bar demonstrated statistically significant improvements in all tests, with an average improvement in reaction time of over 10%. 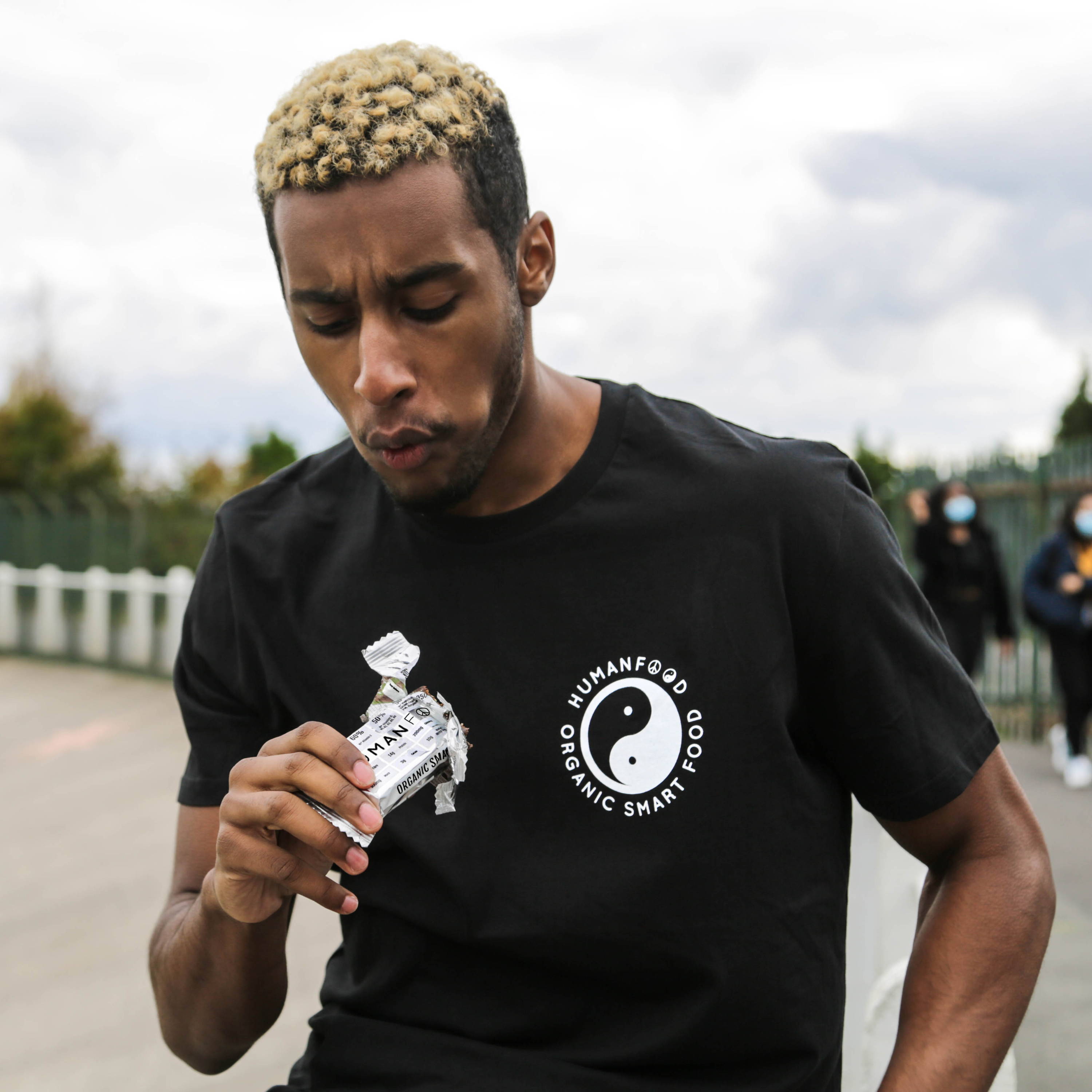 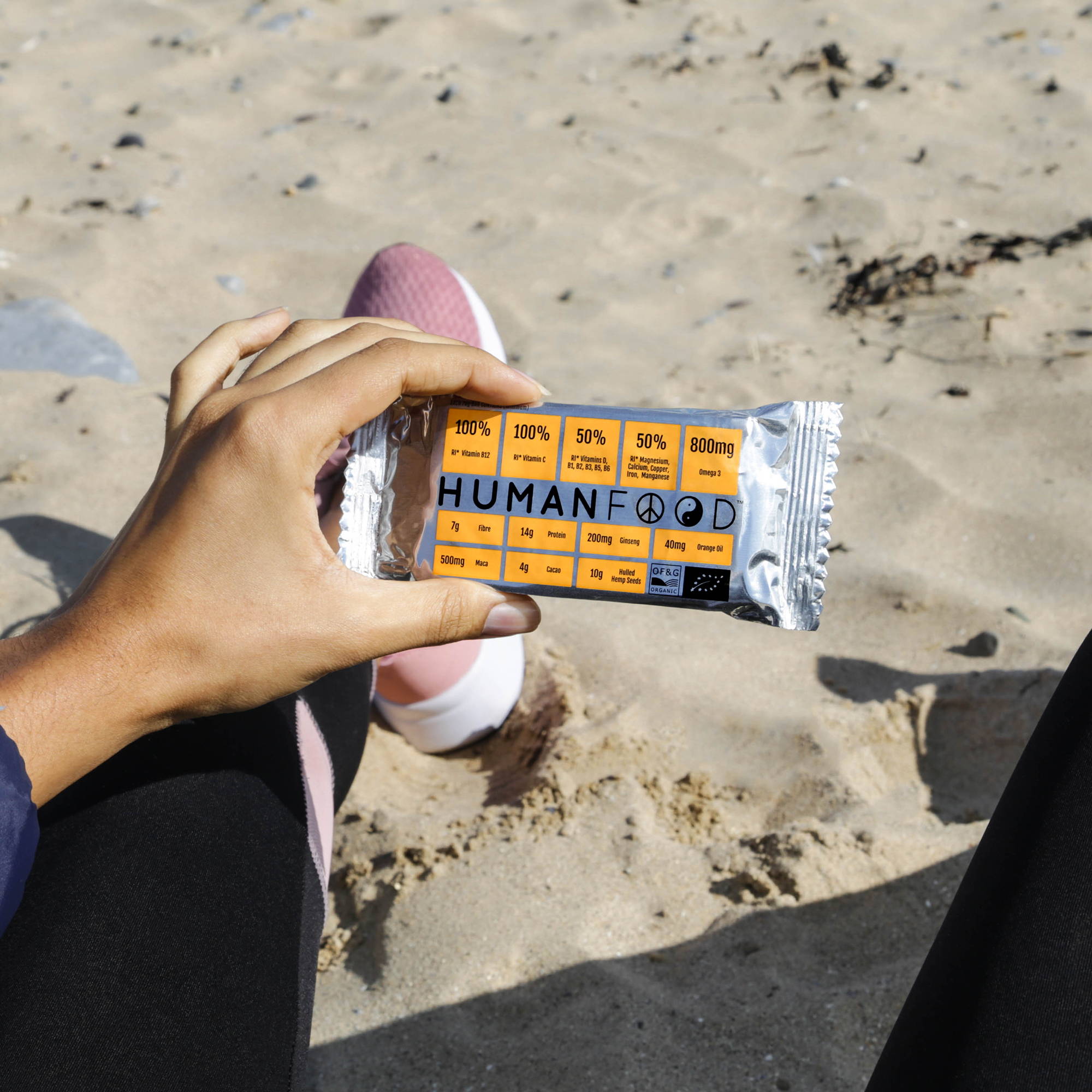 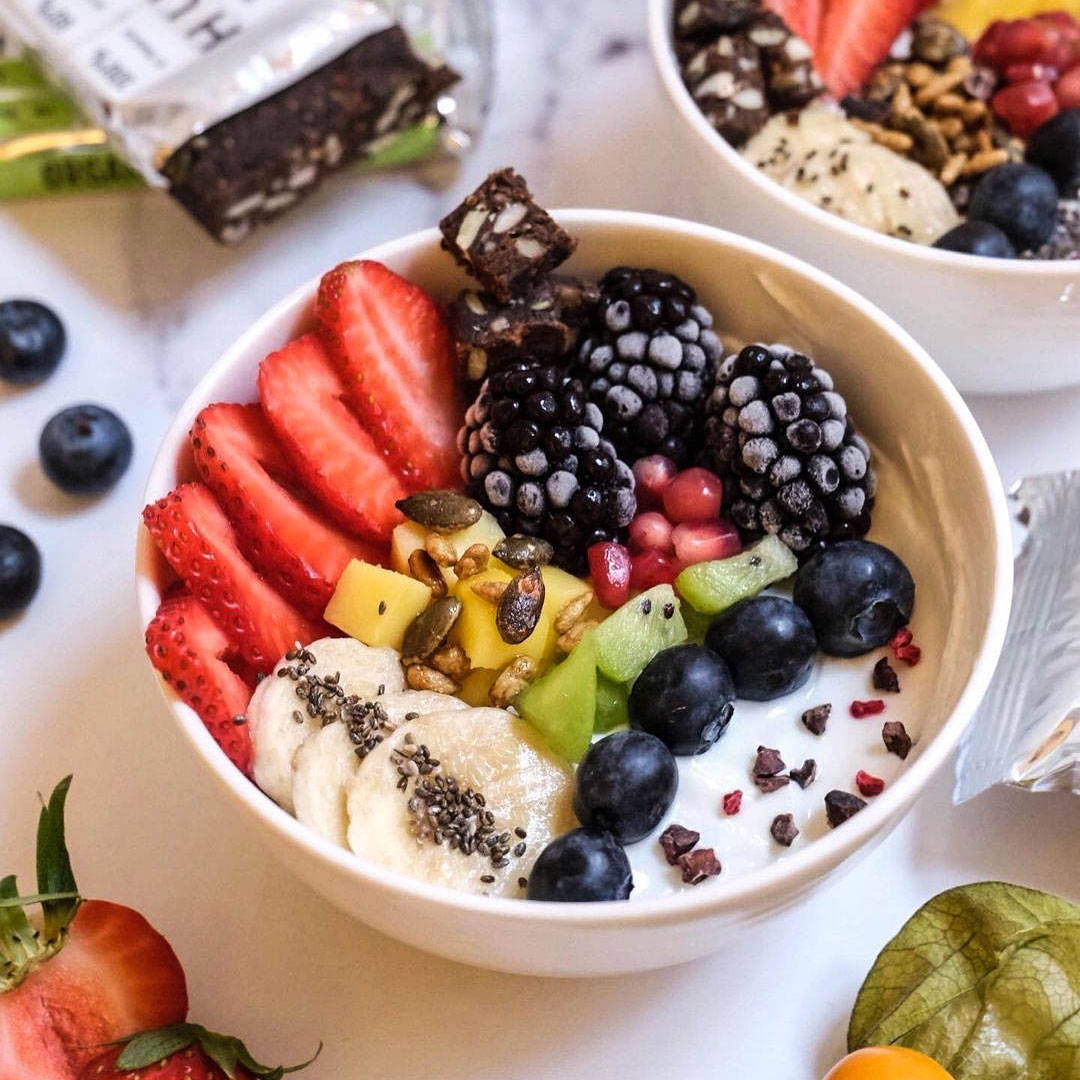 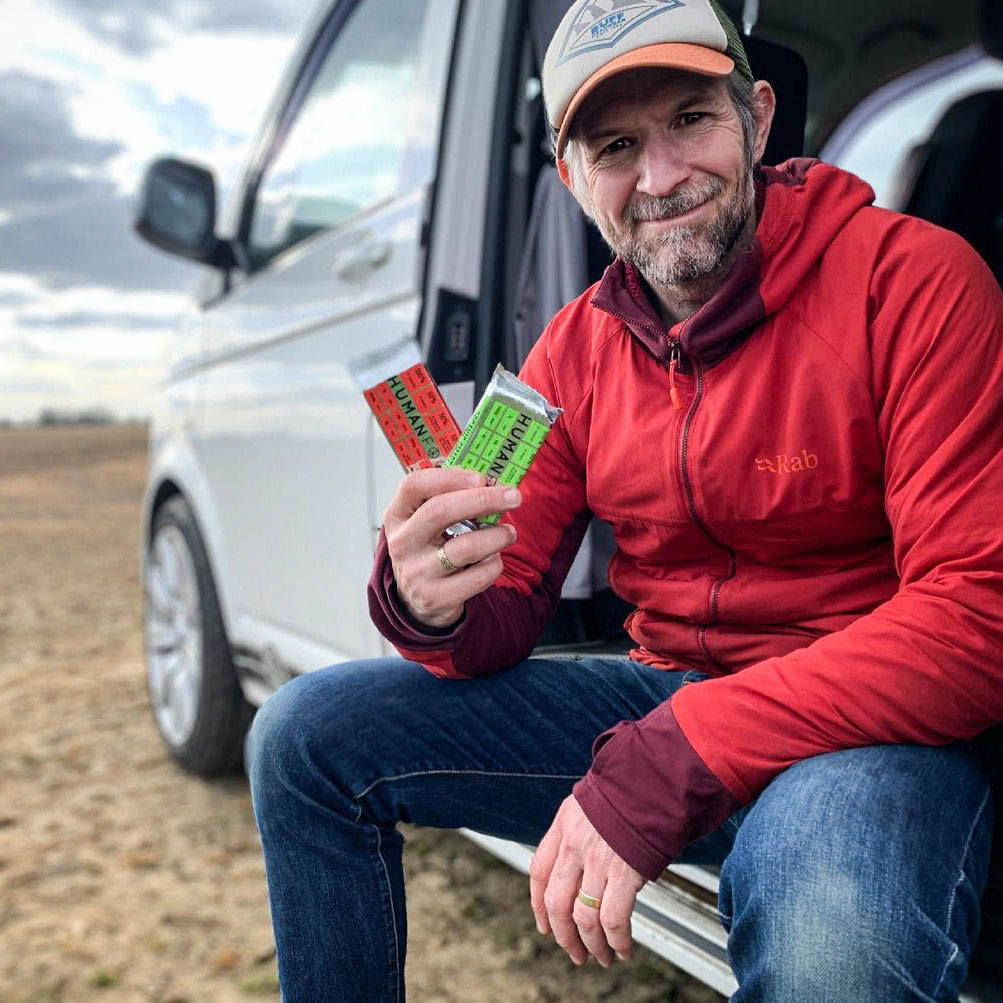 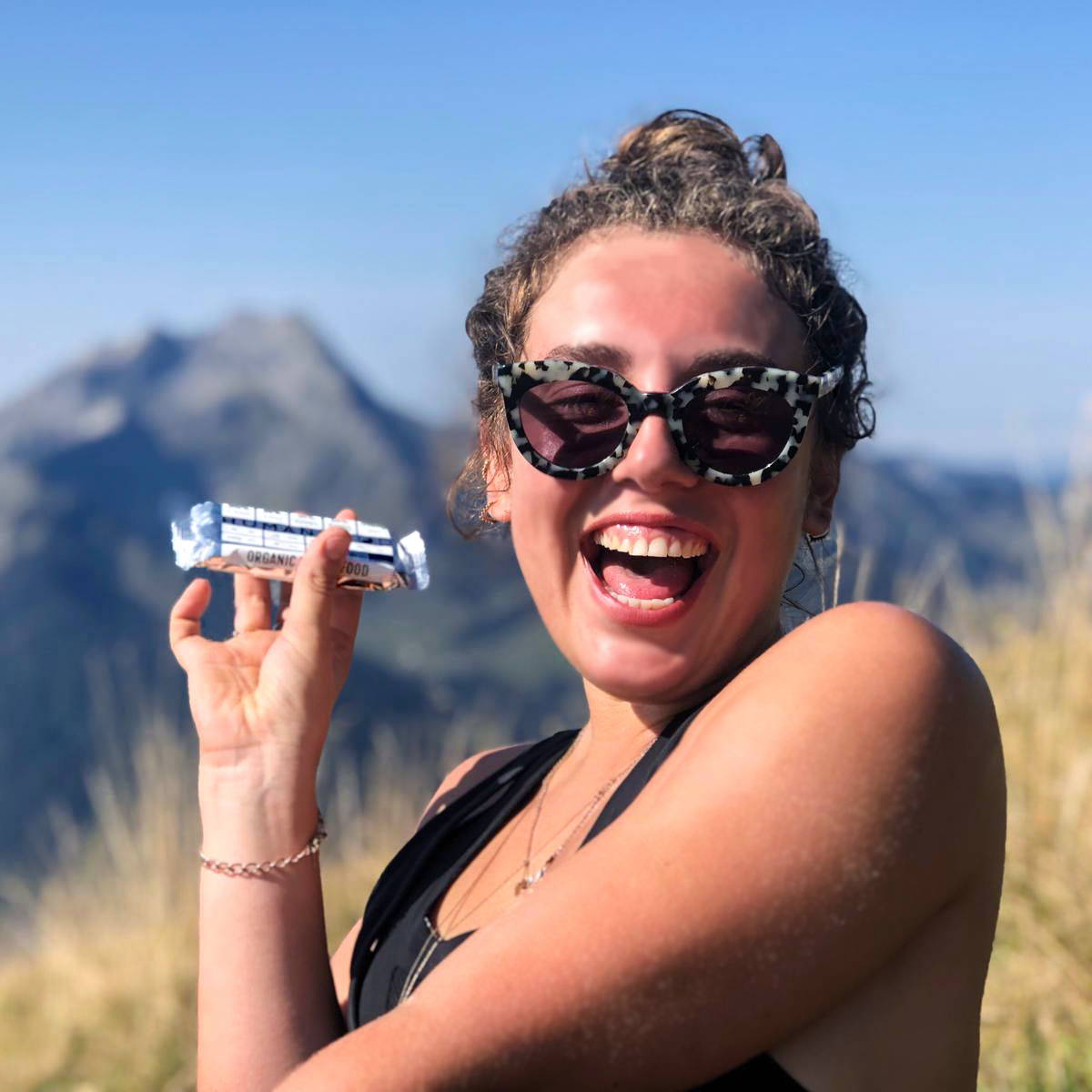 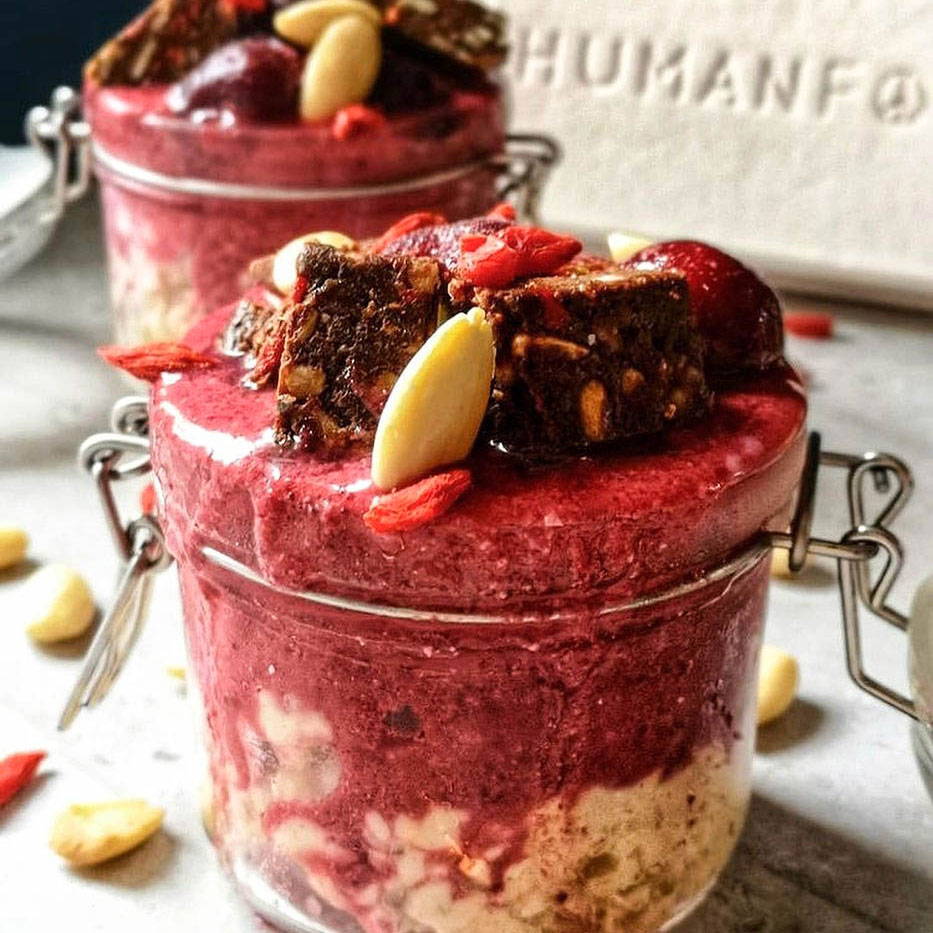 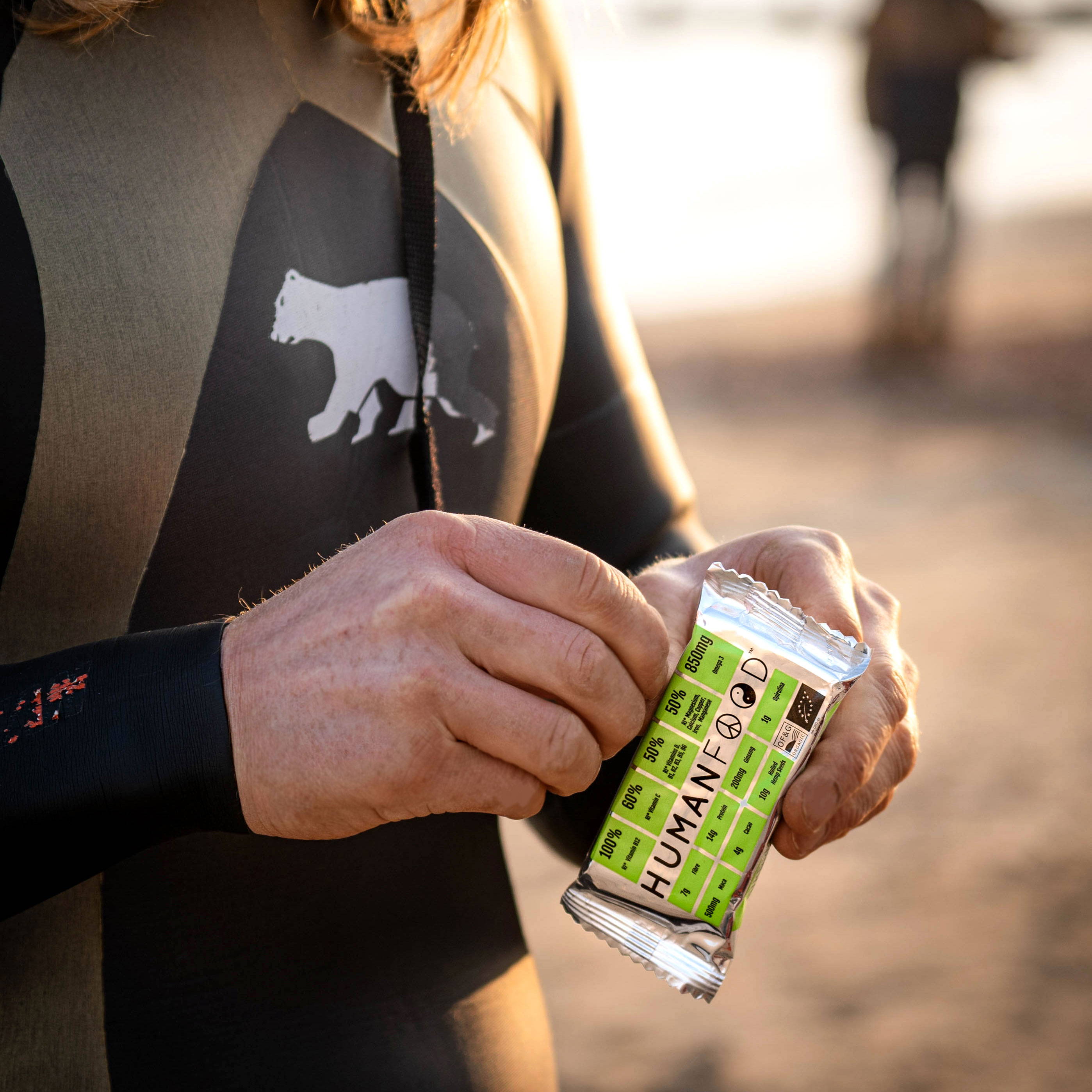 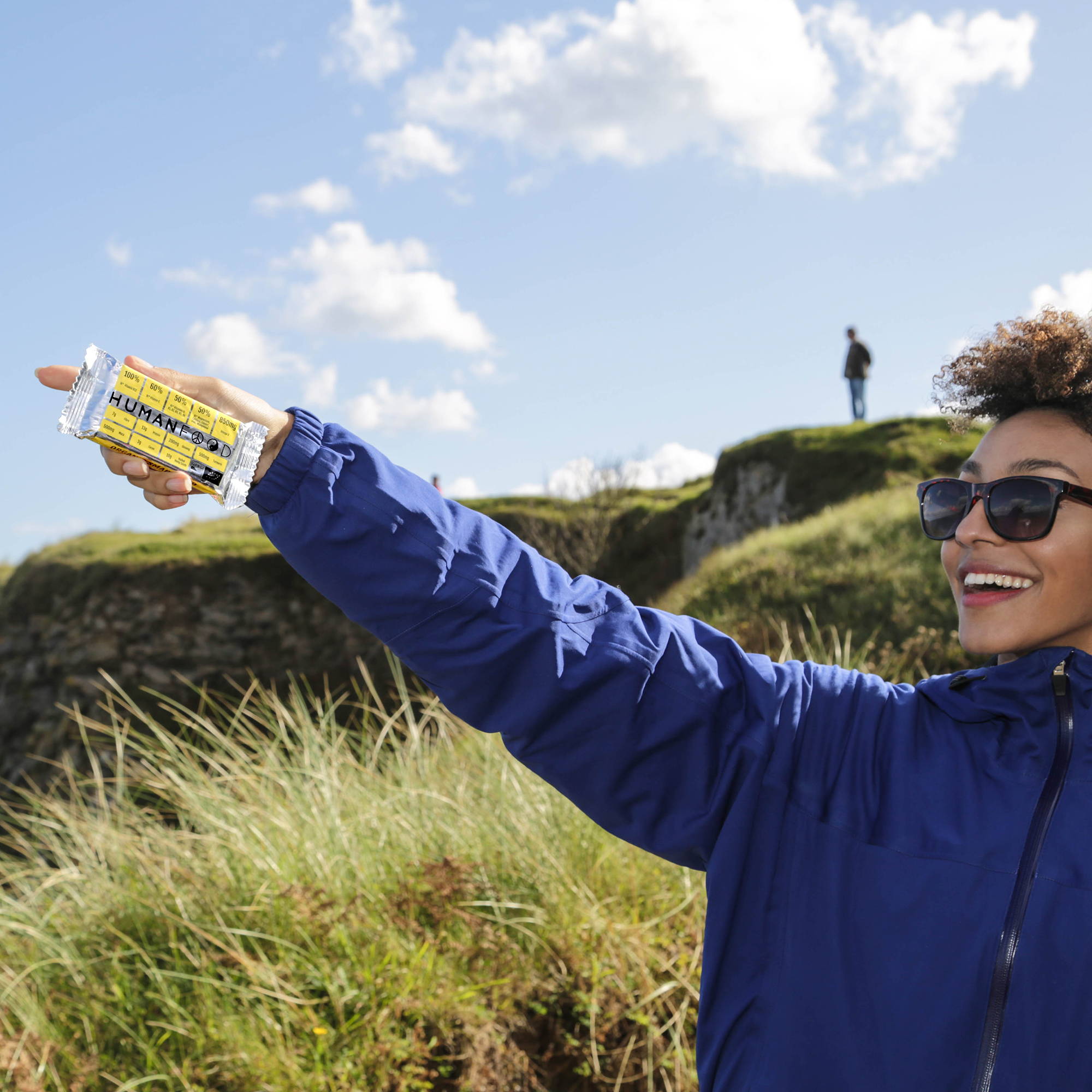